For a while it has felt as though my physical health has been on the same roller coaster ride that my emotional health has been. I mentioned that for the first month the thought of food made me sick and I lost a considerable amount of weight because I simply wasn’t eating enough.

Sick of all those pesky pounds? Step one: Have your heart broken.

I stopped running, and then once I began discovering that I had in fact been in an abusive relationship the anger came with a vengeance and with it so much emotional eating. It was like waking up from a fog, and then I started paying attention to the fact that every time I wanted to eat something even mildly unhealthy my ex’s voice was in my head reminding me how that piece of cake wasn’t going to help me get any more attractive. I wanted to take back my enjoyment of food and give myself permission to enjoy everything I ate. So I did. I enjoyed healthy and unhealthy food alike whenever the urge hit, and it felt so good.

During these past few months my consistency with running has been on and off. I trained for the Sole of the City 10k, and successfully completed it along with the Frederick Running Festival Relay! Then I got a new job and since then I have been trying to adjust to a new schedule and figure out where running fits in with the many changes in my life.

It’s been a challenge, and now with summer officially arriving the decision to put my runs until after work ends up meaning I won’t run at all because by the time I’m clocking out the temps have reached the upper 90s.

All this long, drawn out explanation, to say my waistline has expanded, my energy has plummeted, and my mood isn’t as positive as it could be. I’m also getting sick far more than I usually do. So last week after reading about my friend’s running streak  on her blog MC’s Many Miles, I decided to do a “movement streak.” I’ve committed to running or walking at least a mile every day for at least this month. So far, I’ve run more days than walked, and in just ten days I have noticed an improvement in my mood and my stamina is already slowly increasing from where it was. 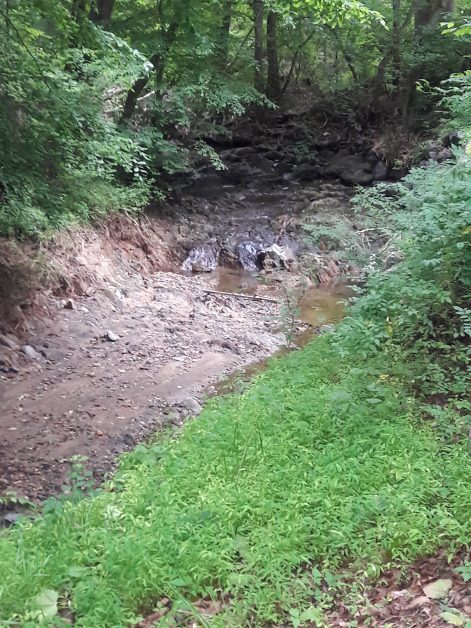 So why a movement streak and not a running streak? Simple. Injury prevention. Anyone who has read this blog knows I am prone to sprained ankles and injury. I deal with plantar fasciitis every day, and I want to ensure I am listening to my body and allowing it the rest it needs when I feel my muscles tightening up. In addition to all the movement, I’m making an effort to better incorporate yoga into my routine as well.

Mid-run selfies are also important to any fitness streak

Currently, my improved mood and increased energy has been enough to motivate me to keep me moving every day. While my goal is only for a month, I am (not so secretly) hoping I’ll be able to continue it past that.

What motivates you to keep moving and get or stay healthy?

View all posts by Elizabeth